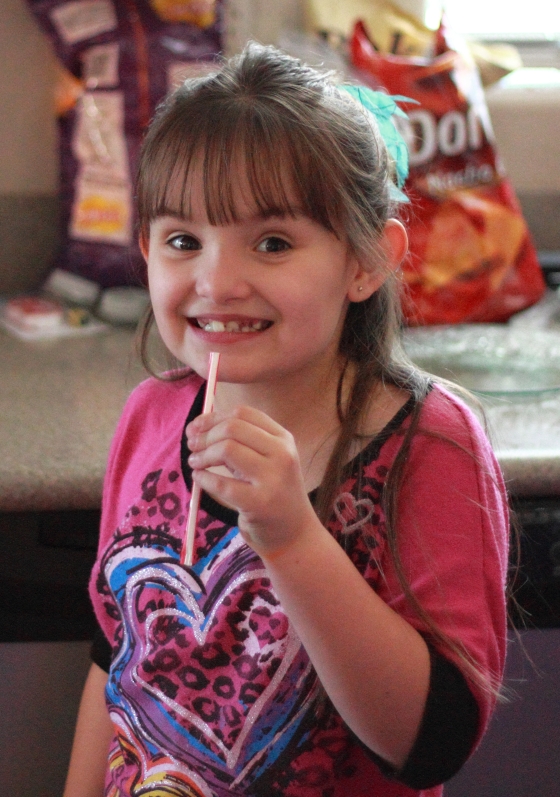 I was lucky enough to have back to back photo shoots on that last weekend in February.  As a matter of fact, at the wedding reception I was seated with the two people I would be shooting the next day; Hillary Rodriguez and her daughter Emily.  Hillary and Van are former co-workers and friends and I am linked to both of them and friends with both of them because of a botched haircut some 5 odd years ago.

I had let my hair grow long for around 3 years.  I would get a little bit cut off every six months, usually on the last day before Christmas break and the first day of summer break.  So one fine summer day I went to one of the chain store hair cutting places.  I had decided to get my hair cut back to a little longer than shoulder length, figuring it would grow out over the summer.  The cut was a disaster.  I looked like Buster Brown but with one side of my hair longer than the other.  Even my wife laughed at me.  So it was back to the short hair for me.  Eventually my path led me to Floyd’s Barber on the west side.  Hillary worked at that Floyd’s and I ended up getting my haircut and shave from her.  Then one day, it may have been a February day, I get an email from Floyd’s telling me they were out of business.  As Hillary told me later, the stylists found out they didn’t have a job when they showed up for work.  I hadn’t gone to Hillary enough for us to have exchanged contact information, so I went on a search for a new stylist.  I ended up going to Floyd’s in Chandler where Van worked.

Forward to February.  Hillary was out of the hair cutting business entirely and working for a dentist.  She and I connected again through Facebook.  Around February 6th we started messaging about Emma’s upcoming  9th birthday party and agreed that I would come and photograph the event.  As a wedding/event photographer-to-be, I was needless to say ecstatic.  A wedding and an event back to back.  And there would be plenty of smiling, happy children at the birthday party.  Exciting times.

If one read the previous post, one knows the frustrations of the two weeks leading up to the events.  If I was not well enough to make the wedding, probably wasn’t going to be well enough to get to a Saturday children’s birthday party.  Of course the equipment problems were the same for the birthday party as the wedding.  Being well enough to make it to the wedding, I made one concession by leaving the reception around 9 pm.  An aside on this: as a partier I am a bitter-ender.  I stay until last call and the cleaning crew comes in.  It took a lot of self-discipline to leave the reception, but I figured I had got all the pictures I needed and I didn’t want to miss Saturday.

Saturday arrives.  I head to the party ready to shoot, but a bit apprehensive.  I don’t have kids and my only experience with kids has been with teenagers.  Am I going to get along well with a roomful of 9 year olds?

I had a blast.  The children were fantastic.  The party activities were wonderful.  Hillary got some great ideas from Pinterest.  I meet wonderful parents.  I shot, in my opinion, some great shots.  I got two more bookings; a baby shower and another birthday.  God is blessing my efforts.  Life is good.  The only “Debbie Downer” was when people asked me for a business card I had to sheepishly tell them that I wasn’t at that stage of my new business yet.

Forward to today.  During the course of talking to Hillary at the reception and the party she spoke of her unhappiness with her job at the dentist office.  Hillary loves to do hair.  She was one of the hairdressers at the wedding.  It may be a trite cliché, but it is true:  it’s important to work at something a person is passionate about.  I am happy to say that since the birthday party, Hillary has opened her own shop and is working and Floyd’s in Chandler and doing wedding hair.  And she is happy at what she does.  And I would be remiss if I didn’t mention that Hillary is a great mom.  It was a great site to see the family love that Hillary and Emma have for each other.  It was a fun time for me and a great way to start out my fledging career.  Thanks, Hillary, for the opportunity to shoot Emma’s party and build my portfolio.  And I promise that someday I will take you up on lunch at Pete’s Fish and Chips. 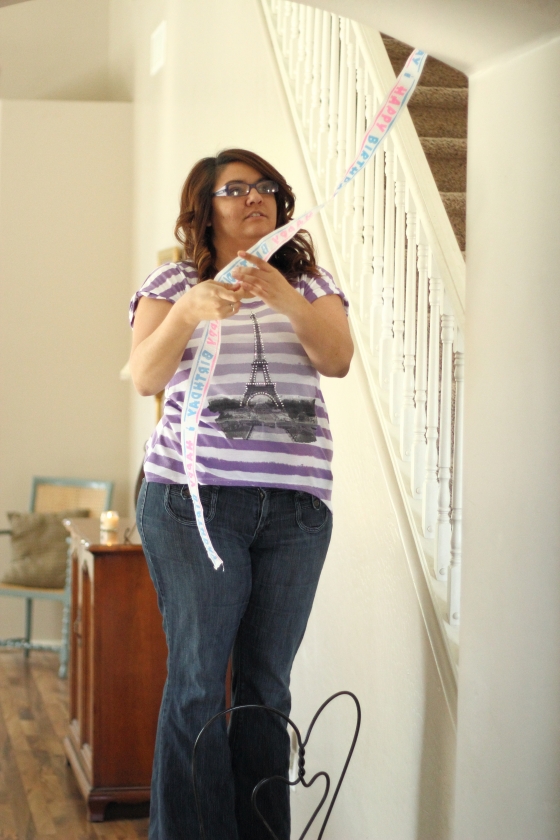 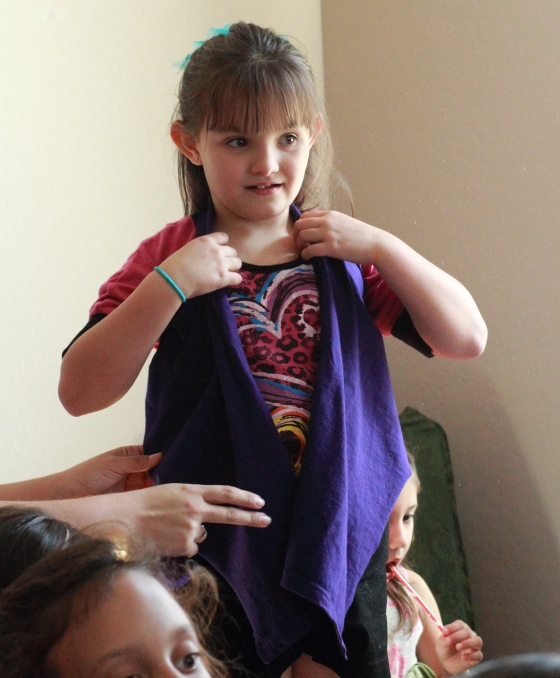 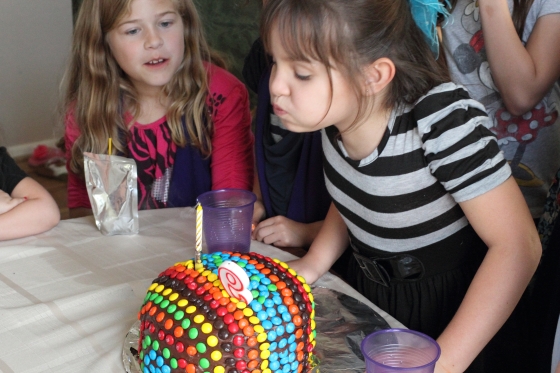 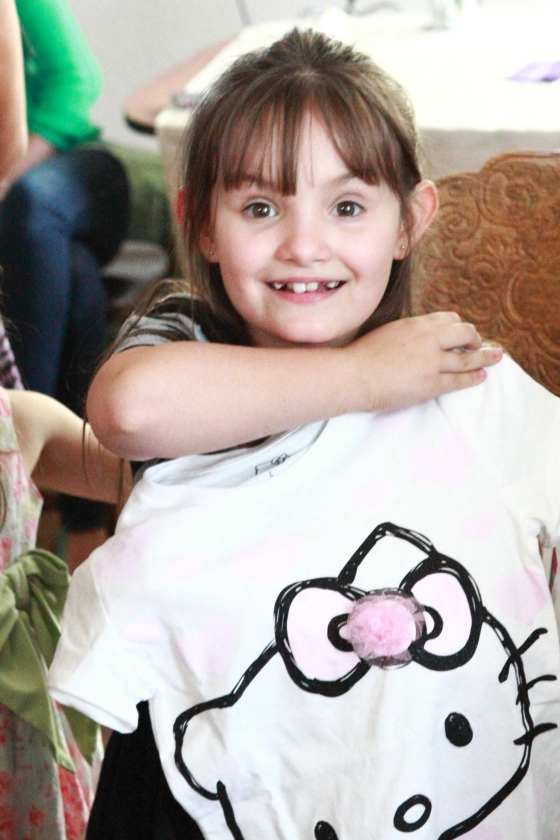 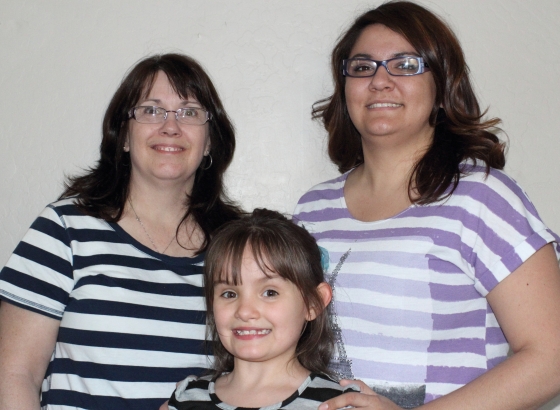