I remember my grandmother showing me a photograph of her father, Fred Kelly, taken on a trip to Ireland in his elder years.  So I have known from my days as a child that I have roots in Ireland.  The roots are on my mother’s side, which makes it difficult to convince people with the wonderful, classic Irish surnames that I am one of their Irish brothers .Especially since my last name is about as English as it can get.

So this year, with St. Patrick’s Day coming upon us, I decided to do research on Ancestry.com in order to find out my true link with the Emerald Isle.

The farthest the records go back is to James Kelly, born in 1809.  He immigrated to the United States in the early 1840’s.  He had a son in 1844 named Thomas Marion Kelly.  Thomas Kelly had a son named Fred Kelly.  Fred Kelly had a daughter named Edna May, my grandmother, and she had a daughter, my mother, Dorothy Ann Uland.

I wish I could say something such as James’ lineage went back to some great Irish warrior or king or something of the sort.  So far, I have not found a mention of James ever having parents, so no luck there.  I don’t have a real cool story to use on an Ancestry.com commercial.  James died a pauper in 1880.  Thomas served in the Civil War for the North in the 38th Indiana Regiment, Indiana Infantry, Company F.  This regiment participated in quite a few notable Civil War battles, but there is no record as to which of those, if any, Thomas Kelly may have fought in.  The only occupation any of the male Kellys listed on the census rolls was that of a farmer.

Other than my mother and grandmother, the person I know the most about is Fred’s wife, my great grandmother Anna L. Kelly. I found her obituary stuck one of my mother’s Bibles.  Great gramma Kelly was a member of the Church of Christ, the Rebekah Lodge and the Order of the Eastern Star.

Finding Anna L. Kelly’s obituary last night opened up a few forgotten memories from my childhood days.  The first St. Patrick’s Day I remember is the one that occurred when I was in the first grade.  Friends kept telling me I had to remember to wear green on St. Patrick’s Day, or I would get pinched.  What self respecting 1st grader wants to get pinched?  So I went home and relayed this to my parents.  My grandmother happened to be visiting, and she informed me that WE do not wear green because WE are not Catholics!  Yikes!  So I pleaded my case as there were about 30 first graders who didn’t give a rat’s rear end about my grandmother’s religious convictions.  So I expressed my concerns as well as any 6 year old can about the upcoming trials of St. Patrick’s Day.  Let’s face it, I was coming off a month long high from St. Valentine’s Day.  I didn’t know who this new saint was but I wasn’t liking where this was going.   I did know where I WOULD be going if I wore green…straight to hell!  At this point I may have started to cry because having the choice of getting pinched or going to hell is, quite frankly, extremely stressful to a 6 year old.  But my grandmother, God rest her soul, sent me a life line.  As a Protestant, I could wear orange, which was the same thing as wearing green on St. Patrick’s Day.  Still struggling at school with simple things like seeing Spot run, I had no idea what a Protestant was, but at that moment I didn’t care. They were now my favorite people in the whole world!   With my soul now saved from the fiery lakes of hell, I could now bravely go to school, armed with the wearin’ of the orange, and be pinch free on St. Patrick’s Day!

I am, as far as heredity goes, a mongrel.  Go ahead, scratch my ears and make sure my nose is cold.  My great grandfathers and grandmothers hailed from England, Germany, Ireland and Wales.  In fact, I am a torn when I watch the movie “The Molly MaGuires.”  Do I root for the Irish coal miners or the Welsh police?

The saying is that on March 17th, everyone is a little bit Irish.  For me, it is nice to know that it is true.  I can trace my roots back to Ireland, back to one James Kelly, who boarded a ship headed to America to make a new life.  I am also aware that the amount of Irish blood in me is like a thimble full of water poured into the Colorado river.  But on March 17th, I can wear green without fear of hell or pinching, and I can proudly stand with my friends: the Devlins, the Tallys, the McMichaels et al and say, I am one of you!  I am a son of Hibernia!  Happy St. Patrick’s Day! 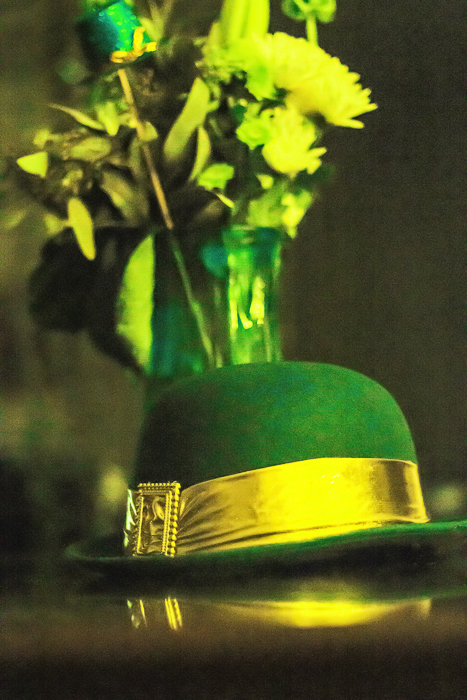 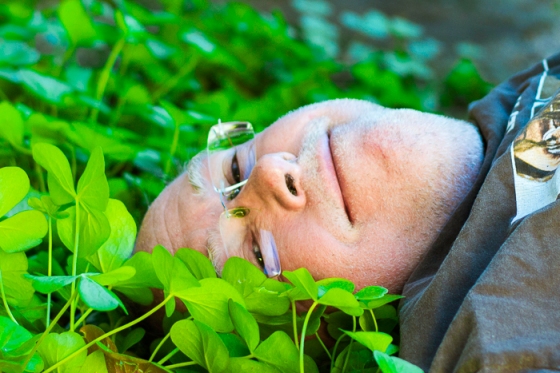 In the movie “The Longest Day”  Sean Connery says, as they are moving inland to the sound  of bagpipes, “Yeah, it takes an Irishman to play the pipes!”  Here is a little Irish wedding song for you.