Reading some tweets about a workshop that was talking about what it takes to make an awesome website.  All this time I thought it would just b posting gorgeous pictures of me, but maybe it takes more than that.  How disappointing.

Y2K had everybody in a panic.  For those too young to remember, there was supposed to be some huge computer glitch when the year changed from 1999 to 2000. This would shut the world down.  People were stocking up on water and food and buying Y2K survival packs, even my dad.  Of course there were other alarmists who said that Y2K would actually happen in 2001 because the 2000 didn’t actually count as a year or some such nonsense.  To me, the experts were listening to too much Prince and watching too many Stanley Kubrick movies.  On New Years of 1999 I made homemade pizza, bought diet root beer, nonalcoholic champagne and an extra couple of bottles of water and hoped for the best.

January 1st came an went with no problems, so the 2000 Millenium Olympics went off as planned.  Local residents Gary Hall, a swimmer, and Nick Hysong, a pole vaulter, both won gold for the U.S.  When the Apollo track team was working out at Glendale Community College, because our track was being resurfaced, Nick Hysong would sometimes be at practice.  Nick’s dad is the pole vault coach at GCC.  Nick is a very nice young man and willing to help our kids out.  A funny story he told was about his skateboarding.  Seems he skateboards everywhere, and it does cause a bit of an uneven gait for him when he goes down the runway to vault.  Didn’t seem to hurt him too much.

The Williams sisters began their dominance of Olympic Tennis that year.  File the next story under “these are the Olympics, what were you thinking?’  In women’s gymnastics vault competition girl after girl were missing their vaults, some even getting injured.  Finally, in the middle of the second round, a lightbulb appeared over someone’s head and they went to check on the vaulting horse.  The vault was set 5cm too low, which threw everyone off.  They fixed it, but by then the injuries and miscues had already taken place.

Marion Jones became the first track Olympian to win 5 medals in track.  Too bad she was using banned substances to enhance her performance.  Sadly she was stripped of all her medals and awards and spent some jail time for her indiscretions.

Summer Olympics 2004-2008.  The 2004 Olympics went back in time to hold the games in Athens, Greece.  Athens started the Olympic career of Michael Phelps, who took home 6 golds and 2 bronze.  The marathon was ran over the same course that the original marathon was run.  Remember, at the end of that run the original guy died.  Thankfully the athletes are in much better shape today.  And in a huge upset, the Dream Team suffered a nightmare and finished 3rd in Athens.

The 2008 Olympics were awarded to China.  These Olympics were the most watched Olympics. The Opening Ceremony is considered to be the best of all time by many.  Michael Phelps got a record number of gold medals in swimming.  U.S. Basketball coined itself the “Redeem Team” and won the gold.  Jamaican sprinters dominated track and field.  The Chinese dominated women’s gymnastics, only later to be accused of using underage girls. Misty Mae-Treanor and Kerri Walsh won their second Olympic gold in beach volleyball having not lost a set in two Olympic appearances.

Winter Olympics were held on 2002 in Salt Lake and 2006 in Turin, Italy.  Salt Lake is special as it was so close to 9-11 and there was even talk of moving them or cancelling them all together.  They went ahead as planned.  The 1980 U.S. Hockey Team lit the Olympic Flame.  It was the first Olympics to be opened by a sitting United States President.  The American Flag that flew at Ground Zero in New York was present at the games, as well as an NYPD officer singing “God”Bless America” and honor guards from NYPD and FDNY.  The flag of the ill-fated Challenger shuttle was also brought into the stadium.  Filed under “would you believe these two groups performed at the same venue at the same time”, the Closing Ceremony featured Kiss and The Mormon Tabernacle Choir.

The 2008 games were held in Turin, Italy.  The majority of the American medals were won in Snowboarding.  Apolo Ohno became a household name in short track speed skating, in spite of the misspelling of both his first and last name.  He currently is the most decorated American winter sport athlete.  He is also seen in Subway commercials. I have come to the conclusion that if a person is a short track speed skater and working out all the time,  that person can eat 2 or 3 $5.00 Subway footlongs at a time.  I eat at Subway, I just get fat.

As I have been recalling what I remember of these various Olympics, I find that the events of the more recent Olympics are not as memorable to me as the events of much earlier Olympics.  I think much of it is due to network overkill.  The announcers in the ’70’s and ’80’s were inclined to let the athletes and events speak for themself.  The drama was in the competition, not in the droning on of the talking heads.  Today, all the announcers want to prove they are the smartest person in the room so they talk incessantly.  They also tend to try to tell us what the athlete is thinking.  They have no idea what an athlete is thinking.  Mind reading does not exist as far as I know.  All these announcers are doing is projecting their OWN feelings and thoughts onto the athletes.  Many years ago NBC, as an experiment, broadcast an entire NFL game with no play-by-play or color announcers.  It was a beautiful thing.  They only tried it once.  I think it dawned on them that if they did away with announcers, there would be no high paying jobs for ex-jocks.

The 2012 Olympics have been an interesting Olympics.  I will wait until they are over to blog about them.  Which on the downside means I will have to think of topics to write about the next few days.  Maybe I will come up with some ideas about what makes an awesome blog.  In the meantime, I shall post pretty picture of me. 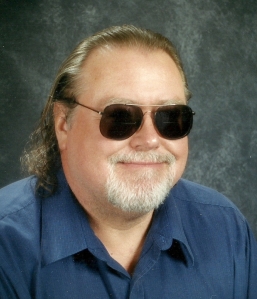