When I think about it, so much of what I photograph is about beginnings.  The beginning of the bride and groom as they seal the deal and join there two separate paths together to walk as one down the road of life.  The celebration of that senior year and the leaving behind the “drama” of high school and the beginning of the important things in life: school, job, career.  And of course the beginning of the new life as two parents prepare to welcome their newborn into this world and into their life.

Aaron and Sarah are expecting their first.  As is evidenced in the following images, they are positively giddy over the prospects of their first child.  I never once during the whole session had to ask them or remind them to smile. 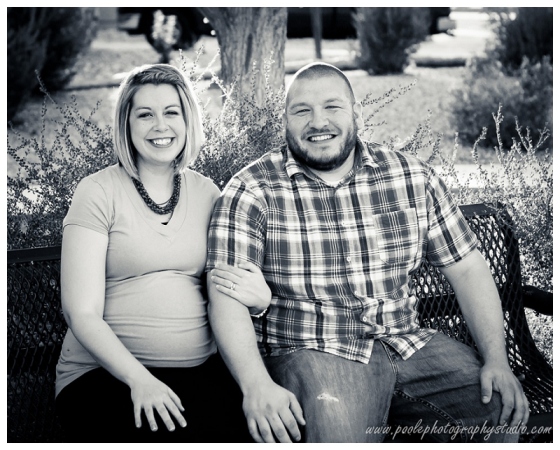 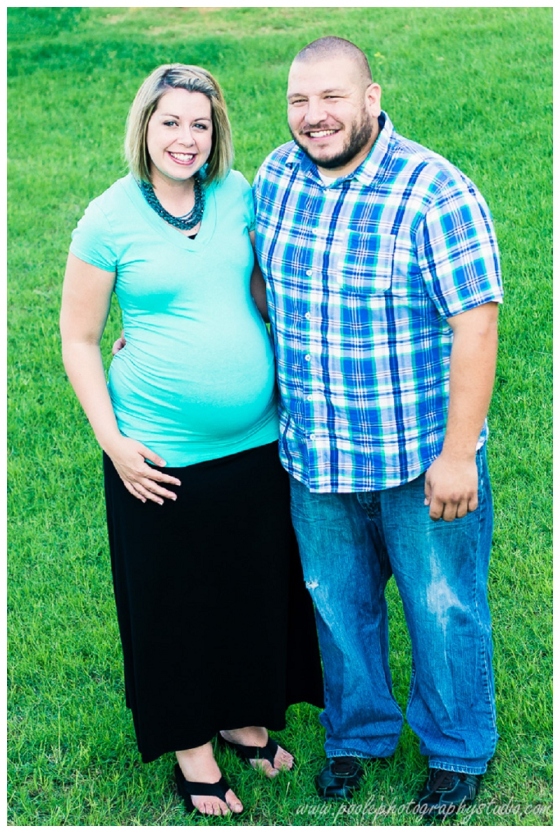 Aaron played football for me back in my former life.  Some of the best memories I have of coaching occurred during the year Aaron was on my team.  I remember the time Aaron invited me to a team dinner at his house.  When i got there, his parents came up to me and said “thanks for babysitting for us tonight, coach.” and left the house and me with 20 or so high school sophomores.  But we had a great time.  I brought over some NFL Films and Aaron’s mom made the best Pineapple Upside down cake I have ever had.

There was also the time that Aaron invited me to church on the day his congregation was honoring the coaches and teachers that were making a difference in kid’s lives.  I was very flattered and honored that Aaron asked me to attend that day.

WARNING: the following is a football story…if you don’t want to read it, scroll on to the rest of the lovely pictures.  You have been warned.

One of my favorite football stories involving Aaron comes from a game where Aaron played a huge part in our victory.  We were playing a team on the east side of town, which we affectionately called “the rich kid” school.  It was a close, close game with the good guys holding a slim lead on the rich kids.  Aaron was my fullback.  Our passing game was not clicking like it normally did, so I decided to give the other team a huge dose of 17 base, Aaron’s best play.  I ran that play with Aaron about 10 times in a row, just marching down the field.  In fact, from the other stands, one the parents in complete exasperation yelled at the head coach of the other team “C’mon coach!  They are running the same play EVERY SINGLE TIME!!!!!!”

Late in the game, hanging on to a thin lead, we needed to get a first down so we could run out the clock and win the game.  Unfortunately, the rich kids weren’t going down without a fight.  We were facing 4th and 12.  I really did not want to punt the ball.  A time out was called by the defense.  I went to the huddle and asked for suggestions.  Did we have a play to get the first down or did we need to punt.  Aaron says “17 base, coach.”  “Aaron, we need 13 yards.” “I can get it coach.  I promise.”  “OK.  17 base.”  Now I know what you are thinking, but face it, there is no hall of fame for a JV coach.  Why not gamble a little and do something unexpected.  Snapped the ball and 15 yards later they finally tackled Aaron.  And the visiting fans, who a few seconds ago were quite vocal in questioning my sanity, were gong crazy at the effort they had just witnessed.  Kneel on the ball a couple of times and chalk up the W.

I love the above shot in black and white. 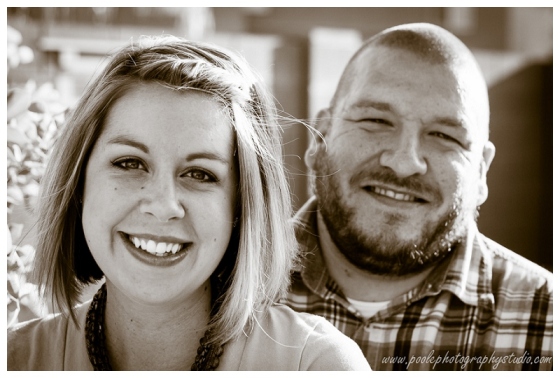 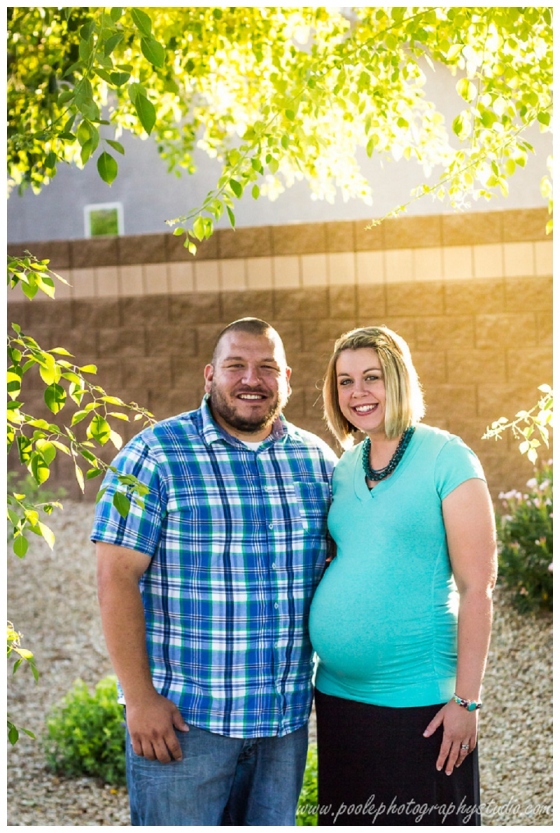 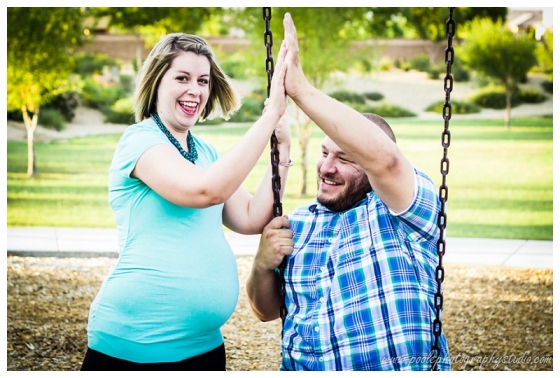 This was my second time meeting Sarah, and the first time was just a brief, quick introduction at a football game Aaron was coaching.  She is a remarkable, engaging young woman.  Sarah is an elementary school teacher.  When Aaron and I weren’t reminiscing about football, Sarah and I had a great conversation about education and her teaching.    I know I don’t have to tell Aaron how lucky he is, but Aaron, you are one lucky guy.  Just sayin’ bro.

I thought this little tee shirt was a great idea. 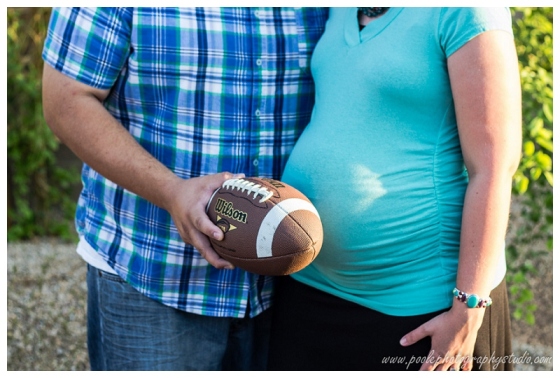 Aaron getting the boy ready for football.  I really wished it was a girl so Aaron could be holding a doll. 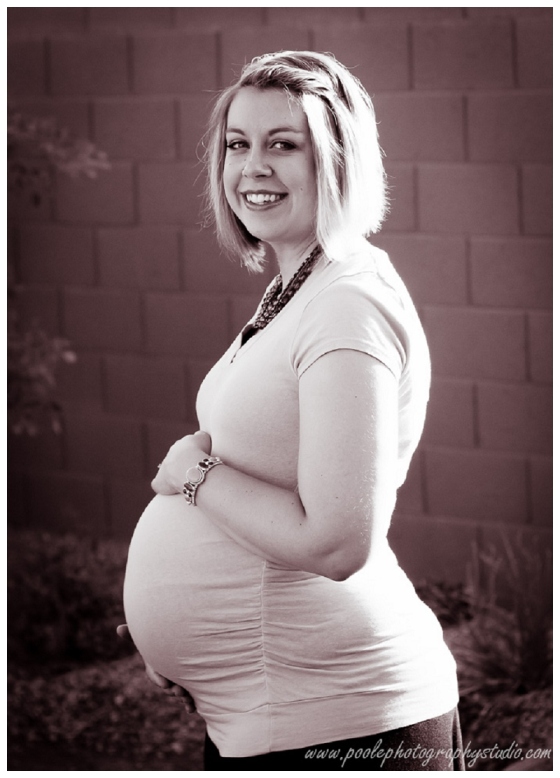 In a very short time, baby boy Monnet will be arriving into this world, surrounded by two parents who will love him dearly.  I had a great time keeping up with Aaron’s posts on Facebook about his pending parenthood and all the valuable lessons he was learning.  As for the CB in the title.  That is the initials for the name he called his son these last few months; Chalupa Batman.  Great name!  Although we are all fortunate that Sarah will do the naming when the child is born.  Good luck, kids.  Thanks for allowing me to capture these images and memories for you.