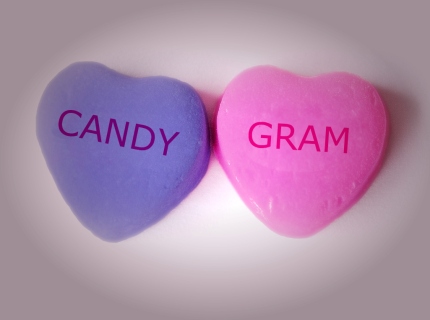 When I sit down to blog, I am reminded a bit of the following scene from Blazing Saddles.  Mongo, played by the recently passed Alex Karras, has the entire town pinned against the wall of the saloon using the piano.  Sherriff Bart, played by the late, great Cleavon Little, shows up as a Western Union messenger with a Candy Gram.  “Candy Gram for Mongo!”  “Me Mongo.”  And the Candy Gram blows up allowing Sherriff Bart to capture Mongo.  As he was being congratulated for capturing Mongo, Bart says “that was the easy part.  The b**** was inventing the Candy Gram!”

That is exactly how I am feeling about blogging.  I can write and write and write with no problems.  The hard part is coming up with a subject to write about on a daily basis.  I am sure it will become a lot easier after my 30 days of daily blogging, but for now, a daily topic is a bit challenging, especially when my target audience are potential brides, mother’s to be, the newly engaged, the senior in high school.  I don’t think ranting about the election or the sorry state of the Minnesota Vikings football team is going to attract my target audience.

So I have decided my topic today will be about a book.  When I finally decided to read The Girl with the Dragon Tattoo, the clerk at the bookstore told me that if I liked the series, I should check out Jo Nesbo’s Harry Hole (pronounced Huarry Hooola) series.  So after reading the GWTDT trilogy, I bought my first Harry Hole book.  I then proceeded to read the rest.  If you like murder mysteries, Nesbo’s books are among the best I have ever read.  I only have a couple of complaints about the series.  The first three books in the series have not yet been translated into English. I don’t know about you, but I must read a series from the first book.  I just can’t jump in the middle of something. So it  got a little frustrating when the first English book refers back to incidents that happened in the first three books.  The last I had heard is that they are starting to translate those first three for the English Market.  I am excited.

The second problem is the book is a hard read.  The action and the plot move along fast.  The plots are complex and intriguing and all the good things a mystery should be.  The problem with reading them is all the Norwegian names and places that one has to wade through and keep track of.  It is almost like one needs to have a English/Norwegian dictionary around just to aid in reading of the book.

But I am enjoying the book.  If you enjoy complex mysteries and your main characters extremely flawed, and don’t mind reading Norwegian at times, I recommend starting with  The Red Breast by Joe Nesbo.

Now if you will excuse me, I am going to think about tomorrow’s Candy Gram