I am a bit old-fashioned.  It just seems an easier way to live.  Less things to fill the mind with.  But don’t think for a moment I can’t or won’t come up to modern times when it is to my benefit.   It is a brave new world out there, Timmy and sometimes you just need to go out and see what’s going on and adapt.  Dinosaurs are dead, doncha know.

Take for instance baby showers.  To me and other men of my generation, baby showers were some sort of hidden, mysterious, secret ceremonies that men were not invited to, yea even forbidden to go to.  If a man snuck into a baby shower and was caught, unspeakable things might happen to that man.  A lifetime of being read to and spoon-fed.  But truthfully, I must say I knew none of my  male buds that wanted to go.  It was like, get the wife out of the house so I can watch the tv shows I wanted to watch.

A few years ago I was coaching JV football.  One of my assistant coaches came up to me at the beginning of practice and said “Coach, I gotta leave practice early.  You remember Tom?  Well, I am going to his baby shower.”  Mike had played for me and was one of the toughest players that I had  ever coached.  He went on to play football at the University of Arizona.  Yet  here is this tough, rugged man telling me he is going to a baby shower.  “Mike,” says I, “real men don’t go to baby showers.  What are talking about?”  “Coach, I hate to tell you, we do now.  It isn’t an option.”  My other assistant, Justin, who is the same age as Mike, verified this fact.  “It’s what guys have to do now, Coach.”  Justin said.  Like the wizard named Tim in the “Holy Grail” I wanted to warn them, tell them not to go, that it was a trap and foul things awaited them.  But sanity and common sense grabbed ahold of me.  If Mike left early, I could conclude practice early and go home early.  I said nothing negative and wished him well.

My third official shooting session was  a baby shower.  When I had shot Emma’s birthday, I met Denise, who is Emma’s aunt.  So I was invited to shoot her baby shower.  I felt like an undercover agent.  Not only was I going to a baby shower, I was going to record it.  The dark veil of secrecy was about to be pulled off of the happenings at the baby shower.

Change can be a good thing.  Letting the daddy come to the shower is a great change.  As I was snapping pictures I could see the excitement in Denise and Dave’s eyes, and in the eyes of their other children as they played games, ate, and opened baby gifts together.  After all, this is a family affair.  Why not share the excitement and fun of the baby shower together?

I don’t like change, but in this case I can honestly say, this change is a good thing.

My thanks to Denise and David, David’s mom Lori and Tia Hillary for allowing me the opportunity to document that special time in your lives.

The title for this blog comes from a Mother Goose nursery rhyme.  It first appeared in 1784.

Some of these old-time nursery rhymes have a dark side.  The following is from the end of the rhyme.

Bye, baby bumpkin
Where’s Tony Lumpkin
My lady’s on her death-bed,
For eating half a pumpkin. 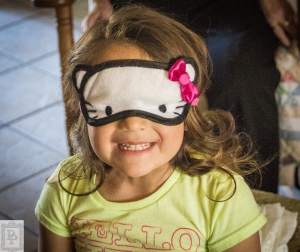 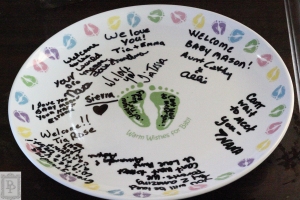